The Difficult Return of Expatriates 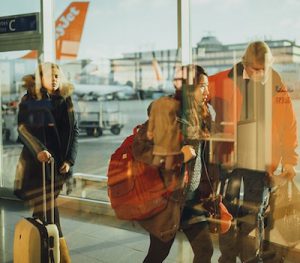 An article by Víctor Carulla, Managing Partner of Headway

The Spaniards who migrate to work and those who are sent abroad by their companies face major difficulties when they return.

On January 1, 2016 there were 2,305,030 Spaniards living abroad, according to the INE. The actual figure is higher, because only those registered at consulates are counted. Most of these migrants have left Spain for two reasons: to find a job that cannot be found here; or because their company has transferred them to another country.

In general, spaniards temporarily residing abroad (so-called “expatriates”) are doing well: 71% are satisfied and only 5% return earlier than expected, according to an InterNations study carried out in 2014. However, 86% of expatriates want to return someday to Spain. And that is positive for several reasons: it allows to reverse the “brain drain” and regain talent; it enriches our labor market with international experience; and it compensates the low level of foreign languages of Spanish people.

It is estimated that 25,000 expatriates return to Spain every year. Both those who migrated to seek work as those who were displaced by the company, face similar problems when they return, and these problems are more accentuated the longer they have been out of the country.

From a personal point of view, they feel uprooted having lost touch with relatives and friends, plus the emotional ‘shock’ caused by changes in the neighborhood, city, country, etc. during their absence and contrasts with their idealized memory. In the professional field, often returning to Spain means receiving lower salaries and having to adapt to a new job where they do not always feel valued and cannot apply learned skills. For that reason it is not surprising that 77% of returnees are dissatisfied with their return home according to the Fundació Factor Humà.

How to avoid adjustment problems faced by expatriates when they return to Spain? From the point of view of these professionals, during their stay abroad it is advisable to keep in touch and regularly travel home. If the return is not possible with their company, and bearing in mind that the return process can be extended for several months, they should anticipate and start the search for a new project through professional contacts and Headhunting firms as soon as possible, highlighting the international stage as an added value.

If it is not possible to find a suitable job before returning, then it is recommended to think about the possibility of profiting from unemployment benefits when returning to Spain, as well as aid for the returning emigrants. It is also a good time to consider a change of career, such as starting a business. In any case, it should be clear that the return will not be easy and readjusting to the country requires some time. Don’t throw in the towel in the first months!

As for the companies that have moved workers overseas or hired professionals who have been working out of the country, currently only 18% have a defined strategy to facilitate their return. This strategy should start by maintaining a level of fluid communication with the expatriate while away; offering support to finding housing, schooling for children, a job for the partner etc; and assigning a mentor inside the company to guide the professional in the readjustment process. Regarding working conditions, they should be negotiated before the expatriate returns to Spain, bearing in mind that these professionals especially value employment stability.

It also helps making an effort to offer attractive conditions, since according to the IESE, 20% of returnees executives leave the company in two years, often to work for competitors. Finally, local employees should be taken into account in order to avoid giving the impression that partners who just came back from another country are being favoured.

Expatriation has been a consequence of the worst economic crisis that Spain has suffered in recent years. However, as the economic situation improves, repatriation can be an opportunity to regain enriched talent with international experience and better language skills. In addition, companies should take advantage of the return of these professionals to promote the necessary changes in the Spanish labor culture, for example in areas such as mobility or conciliation.