How the crisis is affecting the Headhunting sector 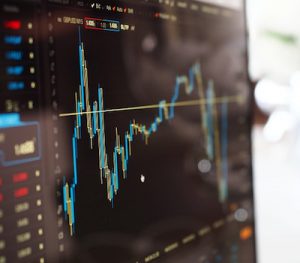 Several publications and debates have recently offered up the preconceived idea that the economic crisis is actually favouring Headhunting companies. It is widely believed that with the increase in unemployment we are also witnessing an increase in the number of underdeveloped talents and as such the search for executives is now easier than ever but this is a delusion.

Spain is a country that had a lack of talent before the crisis and the same is true today. Unemployment numbers have increased but these peoples’ talents have not risen proportionately. The sectors and positions affected by the crisis are not those demanding services from these types of companies and therefore the potential candidates remain the same in terms of numbers. It is however important to mention that there is a major difference between recruitment companies and headhunting firms and the way both have been affected by the crisis.

While some see an increase in the number of potential candidates, others that perform searches for talent and for special important qualities find themselves faced with obstacles created by the crisis and with the unemployed trying to adapt to a new environment that is currently bursting at the seams. Frustration and desperation prevent potential candidates from carrying out an efficient search and consequently the number of candidates is increasing but their profiles are not suitable to the positions on offer.

Currently, strict conditions in the labour market are hampering certain practices that were previously common place: counteroffers, searches for the best working conditions, salary increases, etc. Nowadays people are searching for a certain security based on stability, a security fleeing from redundancies and layoffs. And it’s not so easy to tap into this type of change, trust in a new work environment or take a risk to acquire new career aspirations.

The risk has increased and with it the opportunity cost when changing jobs. Wanting to move together, hand in hand, with what’s safe prevents those searching for professional executives from finding the most prized profiles and at the same time reduces the chances of finding the ideal candidate who is willing to change.

It’s important to highlight and also to add that there are certain sectors where the demand in searching for executive is higher, but regrettably this is only occurs in the sectors least affected by the crisis, such as IT and new technologies. The causes rotational movement of executives between companies working in the same sector and doesn’t help or contribute to lower unemployment levels, and nor does it increase the number of ideal candidates for the executive search.