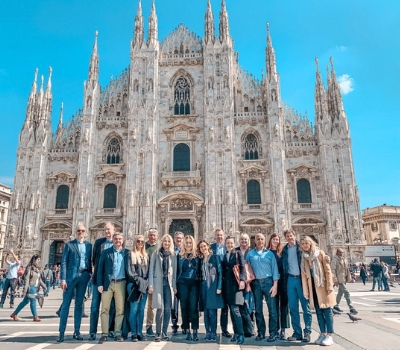 The IESF Regional Meeting 2019 attended by Headway Executive Search took place on March 28 and 29 and was hosted by Alessandra Conte from Alexander & Duke in Milan, Italy. There were 20 attendees from 10 countries such as Spain, France, Italy, Germany, Romania, Poland, the Netherlands, Belgium, Israel, and Denmark.

During the conference, the partners had the possibility to discuss and exchange different practices that are being applied in their countries, as well as get a deeper insight on several topics such as the future of the industry, their business strategy, trends, and the impact of the new technology.

As every year, European partners of IESF meet at the Regional meeting in March in a chosen European city. Later on, in the same year, is held the Annual Global Meeting, which is attended by all IESF partners and is taking place in a chosen country around the globe. This year, in September, the meeting will be hosted in the city of Montreal, Canada.